Fruit sando is beautiful looking and easy to make

As a pastry chef, I used to think that fruit sando was a way of taking a shortcut to make an impressive dessert. (How snobbish I was!!) Furthermore, I also thought the taste wouldn’t be as good as strawberry shortcakes. However, one day, I couldn’t resist purchasing a fruit sandwich because of its appearance. It was just too cute. Then, my negative stereotypes left my mind right after I popped the sandwich into my mouth. The bread was soft and moist, and perfectly sweet with refreshing fruit flavor. Plus it was easier to eat than the strawberry shortcake because you don’t need a plate and fork.

A fruit parlor is a tea room attached to a fruit store where you can enjoy seasonal fruits and snacks with tea. There were many fruit parlors opened in the 1880s in Japanese major cities. Historical records described fruit parlors serving fruit sando on their menu in the 1920s.

Kissaten is an old Japanese-style tea room where also serves coffee and western-influenced food and dessert. Fruit sando has been one of the popular items on the menu in kissaten in Kyoto. Therefore, many people believed that the origin of the fruit sandwich must be there.

A fruit sando had been a dessert that I could only eat at the fruit parlor or kissaten in Kyoto and Osaka until around 2015. Since then I see more sources of sandwiches in the local bakery, specialty sandwich places, and even in the convenience stores in Japan. Demand for fruit sandwiches has been greatly increased because of their attractiveness in social media feeds.

1. Use mascarpone cheese in the cream

Most fruit sandwich recipes use only heavy cream as one of the ingredients. However, I like to mix the cream with mascarpone cheese because it makes the cream richer and will more stable after you chill the sandwich. Polenghi Mascarpone Cheese is my favorite brand because this one doesn’t get separation issues when mixing than other brands do.

2. Think ahead when you place the fruits

When you place the fruit on the cream, please think about placing it in a cross-section design. Think ahead about how you will cut this cross-section, and how it will appear after you cut the sandwich. You can also draw a mark on the plastic wrap to remember how you placed the fruits.

3. Preapre the fruits in the same height and size as possible

Try to prepare the fruits same height and size as possible. If the sandwiches are the all same height, they will look more elegant than bulky uneven sandwiches.

4. Refrigerate the sandwich before you cut

I know you want to eat the sandwich as soon as you make it. But it’s very important to refrigerate the sandwich before you cut. The cream and fruits will be settled with bread after they get chilled. Also, it will be easier to cut.

5. Clean the knife when you cut the sandwich

Clean your knife every time you slice the sandwich. I rinse the knife with hot water after every single slice, but you can also wipe it with a hot kitchen towel. This way your beautiful fruits won’t be messed up by cream.

Did You Make This Recipe?
Tag me on Instagram at @kitsunegolden.
Fruits sandoFruits SandwichesJapanese Sandwiches
1 comment 1 FacebookTwitterPinterestEmail

Where have fruit sandwiches been all my life. They brighten up both my day and my stomach. it is definitely a feel good experience to make and it made my kids day . 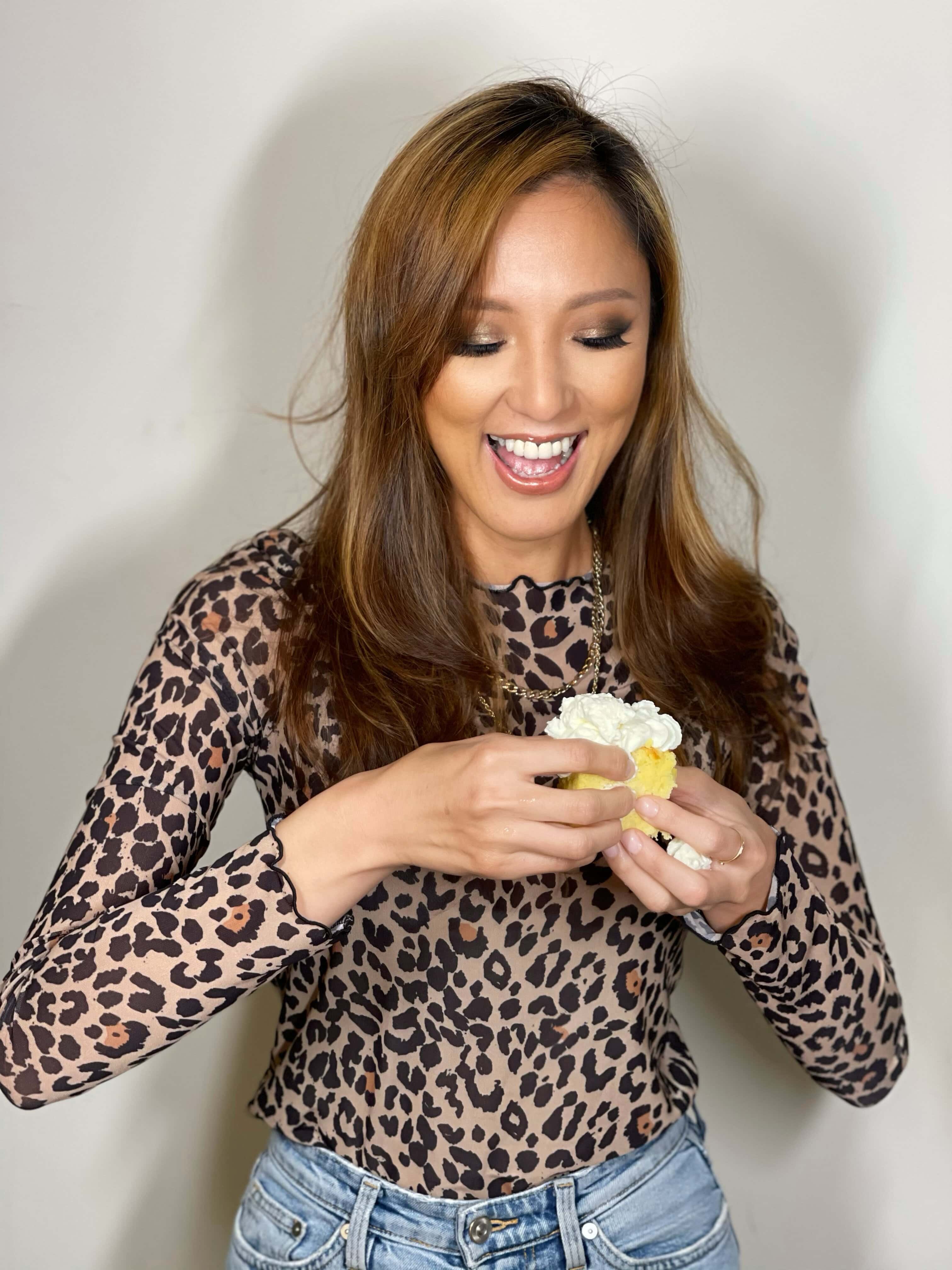 Welcome to my page. I am so excited to share some of my favorite recipes, tips, and techniques with you. I am a professional pastry chef and recipe developer. Now, I am writing a food blog focused on pastries and Japanese recipes. I hope you will enjoy my recipes. Still new to food blogging, so please give me your warm support.